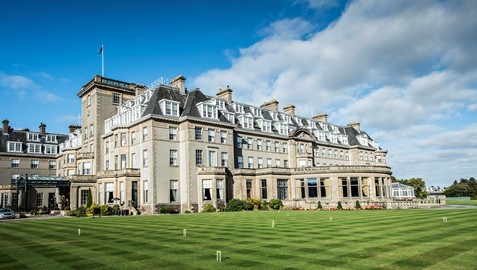 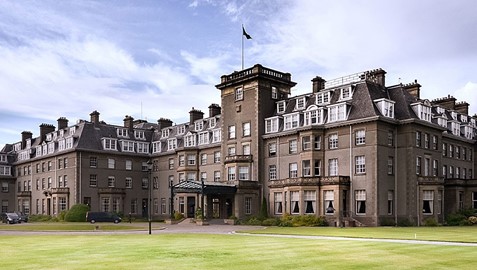 The Gleneagles Hotel, this magnificent countryside estate in the heart of Scotland was described as a “Riviera in the Highlands”. Today, as a member of The Leading Hotels of the World, Gleneagles continues to offer an unbeatable array of attractions that includes a five-star luxury hotel, three championship golf courses, an award-winning spa, and the only restaurant in Scotland to hold two Michelin stars.

MORE ABOUT THE HOTEL
1 Night, 1 round

Established in 1924, The Gleneagles Hotel is a prestigious resort in the heart of Scotland. Set within 850 acres, it offers 3 championship golf courses and an ESPA spa, along with a falconry school. Guests can also enjoy off-road driving, horse-riding, dog training, and shooting.

This grand resort offers a variety of elegant rooms and luxurious suites. Many feature views over the extensive grounds and free Wi-Fi. The en suite bathrooms have complimentary toiletries.

In the mornings, the Gleneagles Hotel serves an award-winning full Scottish breakfast. With 4 fine dining restaurants, guests can enjoy imaginative menus in the Michelin Starred Andrew Fairlie restaurant, along with the popular Deseo, the formal Strathearn, and the lively Dormy Bar and Grill.

Gleneagles Hotel also offers The Club, where guests can enjoy fitness classes. It boasts 2 swimming pools, a sauna, a steam room, gym, and an outdoor hot tub. Set amongst rolling hills, the resort is home to The PGA Centenary and National Academy Golf Courses, along with The King’s Course and The Queen’s Course.

The tees are graded at each hole in five stages, including a challenging 6,815 yards from the white markers down to 5,322 from the red. Fittingly, The PGA Centenary Course begins by playing southeast towards the glen, sweeping up the Ochil Hills to the summit of the pass below Ben Shee which joins it to Glendevon.

A feature of The PGA Centenary Course is the feast of views of the spectacular countryside in which Gleneagles is set. Putting on the two-tier second green, you are distracted by the lush panorama of the rich Perthshire straths. As you move westwards over the next few holes, the rugged Grampians come into view on the right, then distantly purple ahead, Ben Vorlich and the mountains above the Trossachs.

At 3,192 yards long, the challenge of the first nine can be deceptive, with even some of the best players finding it a test to make par into a fresh south westerly breeze. Do not be lulled into a sense of false security as you stand on the first tee. The "Trystin' Tree," or lover's meeting place, after which the hole is named, is a challenging opener. The ground falls away at your feet, the fairway swings round to the left and slopes towards the trees, and there are a couple of cunningly placed bunkers testing your approach into the miniscule green.

The King's Course, opened in 1919, is a masterpiece of golf course design, which has tested the aristocracy of golf, both professional and amateur. James Braid's plan for the King's Course was to test even the best players' shot-making skills over the eighteen holes. 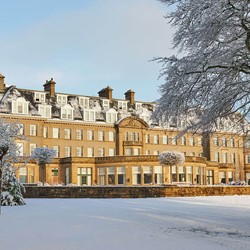 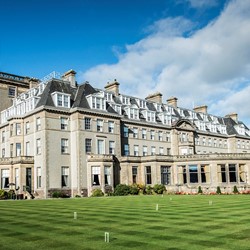 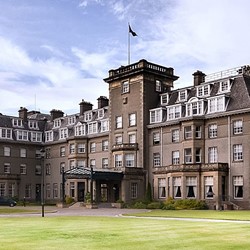 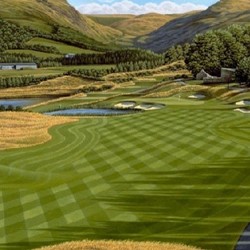 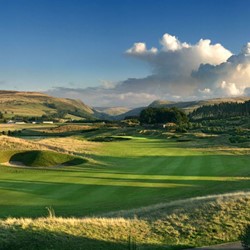 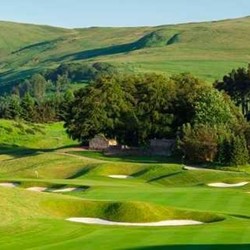 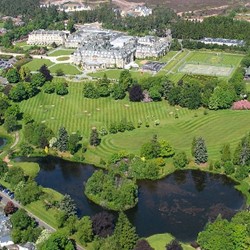 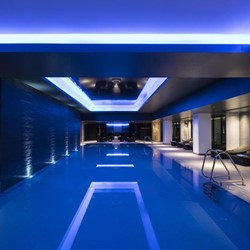 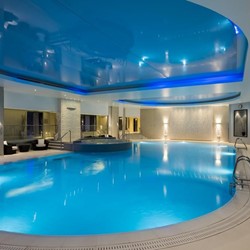 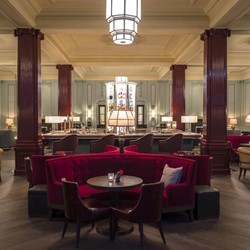 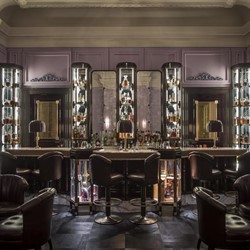 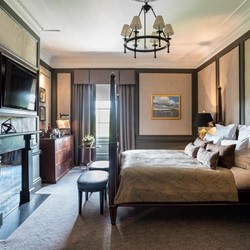 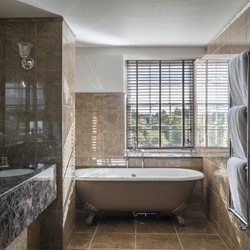 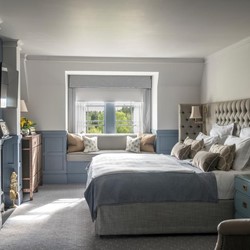 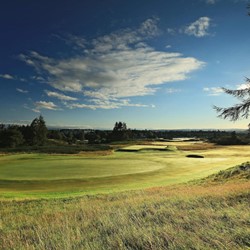 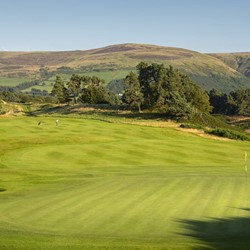 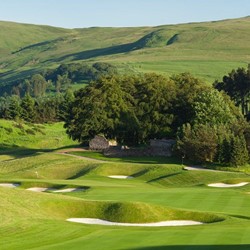 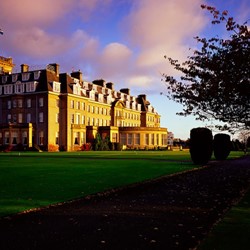