Muirfield Golf Club, the home of The Honourable Company of Edinburgh Golfers, is entrenched among the elite of world golfing venues, and boasts one of the finest links courses to be found anywhere in the United Kingdom and Ireland.

Considered by many to be the best golf course in Scotland, Muirfield is the ideal place to experience a golf tour or break in East Lothian.

The challenge at Muirfield is one not seen at many other links golf courses with the front 9 being played in a clockwise loop with the back 9 being played in an anti-clockwise loop. With the 9th and 18th holes returning back to the clubhouse, this means golfers have a different wind to play against on every shot with slight changes in angle meaning it is tricky to get into a rhythm.

As one of the most historical golf clubs in the world, the clubhouse is almost that of a museum with golfing traditions that go back over hundreds of years on display including a homage to the rich tournament play that has been enjoyed at Muirfield since it's 1st Open Championship in 1892.

The charming five-star hotel is renowned for its welcoming atmosphere, luxuriously decorated bedrooms & excellent service. Among the facilities mentioned at The Bonnie Badger, each room is equipped with a flat-screen TV, tea & coffee making facilities, a hairdryer & private bathroom with free toiletries.

Located at the eastern end of the magical East Lothian town of Gullane, whose character is inherently tied to golf, Muirfield occupies a stretch of coastline that is seemingly god-given for golf.

The austere society's history can be traced back to 1744, when Edinburgh's gentry played over five holes on the Leith Links, but the Company has long since occupied the majestic Muirfield turf. As the jewel in the crown of East Lothian golf, Muirfield is a must visit course as part of your next golf breaks in Scotland.

16 Open Championships, the most recent in 2013, are testament to the outstanding quality of Muirfield's links layout, which features with unerring regularity in any credible list of the Top 100 Golf Courses in the world. The outward nine runs clockwise and envelops the anti-clockwise inward half, demanding that golfers tackle the relentless seaside wind from every angle. Muirfield certainly does not lack admirers, but the head of the queue is occupied by the great Jack Nicklaus, who chose to pay homage by naming his Ohio resort after the East Lothian gem.

The course's original design has changed since initially being laid out by Old Tom Morris in 1891. These design alterations were influenced by some of the leading amateur golfers of the time who were members of the club, the course was developed yet further with futher land acquisitions in 1923 and consultancy by Harry S. Colt, whose famous designs include Sunningdale, Wentworth and Royal Portrush, as a result of this, Muirfield quickly became seen as one of the very best golf courses in the world. Whilst there have been some slight alterations since then, including Tom Simpson's remodelling of the par-3 13th hole (an outstanding short hole with an elevated green protected by dunes and superb bunkering) and Martin Hawtree's review which resulted in work to introduce new bunkering and tee positions over the winters of 2010 and 2011, the course remains true to Colt's original work.

Golfers who have triumphed at Muirfield include some of the very best in the game, including most recently Phil Mickelson, Ernie Els, Nick Faldo, Jack Nicklaus and Gary Player. It is however five-time Open Champion Tom Watson who takes the acclaim as lowest winner at Muirfield with a total of 271 in claiming the 1980 Open Championship, Mickelson's total in 2013 was ten shots higher.

During previous Open Championships at Muirfield, the 8th hole has traditionally played the most difficult, whilst the short par-4 11th has been the easiest in relation to par. The course is now defended by 148 bunkers.

For golf in its purest sense there are few courses that can rival Muirfield, which promises to be a truly magical experience. 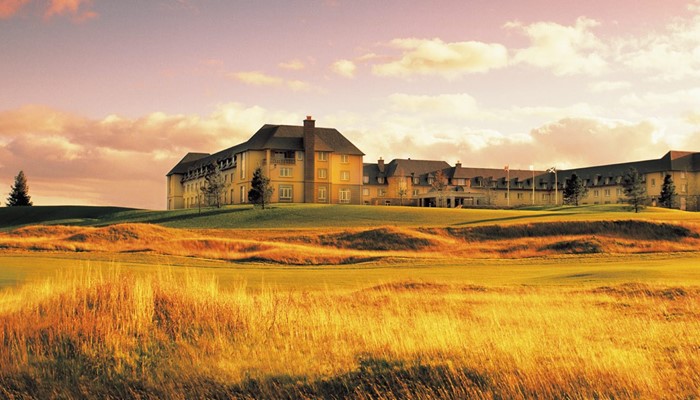