The luxury Moyvalley Hotel & Golf resort is set amidst 550 acres of historic Kildare countryside, one of Ireland’s leading luxurious resorts perfect for your dream wedding destination, leisure break, golf, meetings, corporate events and self-catering holiday. Whether it’s a romantic getaway at the contemporary Moyvalley Hotel, or something more intimate, like our luxury self-catering cottages or the stunning beauty of the Balyna House, the Moyvalley Hotel & Golf Resort will fulfil and exceed your wildest expectations.

MORE ABOUT THE HOTEL
1 night, 2 rounds

A contemporary 4-star hotel, the Moyvalley Hotel and Golf Resort features a range of facilities to ensure that you enjoy a peaceful stay. Golf enthusiasts can take advantage of the resort’s 18-hole golf course, designed by Ryder Cup star Darren Clarke. Alternatively you can enjoy a simple stroll through the picturesque estate or admire the mansion’s stunning architecture.

In the evenings you can unwind with a pre-dinner drink in the Sundial Bar or, when the weather is good, on the balcony, where you can enjoy views over the estate. You can choose to take your evening meal in either the bar or the hotel’s fine dining restaurant, Waterways.

Darren Clarke along with European Golf Design were given the challenge to create an inland links style course. It opened in 2007 and two years later hosted the 2009 European Challenge Tour.

The course was upgraded and refurbished in 2016 and proudly hosted The Irish PGA Championships in September 2016 & June 2017.

The course is designed to challenge all levels of golfers from beginners to the seasoned Pro’s. The rolling fairways, immaculate bunkers, lakes and large state of the art greens are a joy to behold on this Par 72 course.

Moyvalley has some of the best practise facilities in Ireland including a driving range with covered bays, a short game academy which includes 2 large chipping greens, 3 large bunkers and 1 large practise putting green all of which are built to USGA specification.

The Proshop is open all year round and well stocked with the latest clothing, footwear and hardware solutions.

Their stunning Clubhouse boasts 360-degree views of the course and a full bar menu available. Live Sport and friendly service ensures you can relax with friends at the 19th hole! 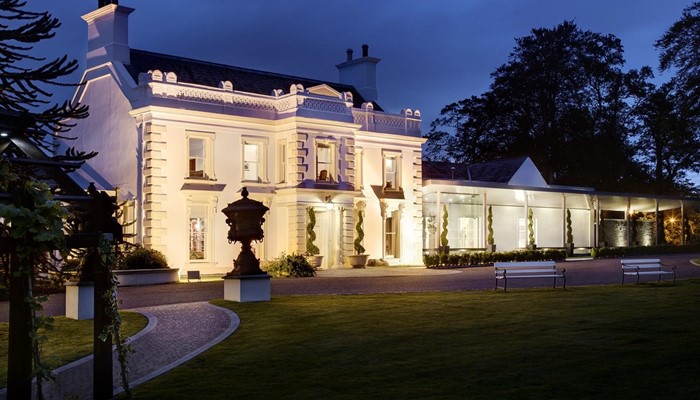