Acaya Golf Resort & Spa is located between the Adriatic and Ionian Seas, near to the historic and picturesque towns of Lecce and Acaya.

The resort features a wetland preserve which is located adjacent from the hotel, a serene Mediterranean countryside and helpful staff which help to ensure a relaxing and comfortable stay.

Acaya Golf Resort & Spa provides its guests with excellent accommodation which are as elegant as they are comfortable. They come well equipped with an LCD TV, as well as a minibar and tea & coffee making facilities. The rooms are also able to boast great views over the marvellous golf course, colourful gardens or the stunning Puglia countryside. The spacious bathrooms come complete with toiletries, bathrobes and slippers.

Acaya Golf Resort Lecce is also able to brag a superb selection of restaurants and bars. The refined and redesigned regional courses are prepared by Chef Andrea Martina, a member of the Italian National Chef Association. There is also a poolside bar on hand to quench your thirst while enjoying some relaxing time by the pool.

The course, which is located just a stone’s throw from the hotel, was originally constructed in the late 1990s by the golf course architect David Mezzacone - he laid out 18 holes within a local nature reserve.

However the American duo of Michael Hurdzan and Dana Fry were commissioned to re-design the layout for a reopening in 2009.

Today the course features many a water hazard, particularly on the back nine where five of the holes (10, 12 & 16 to 18) are routed around lakes. Watch out for the trio of closing par-4s, they are stroke indexes of 4, 8 and 2 respectively – so they can easily ruin a good score.

Acaya Golf Club held the first ever Acaya Open in 2010, and since then it has become a regular event on the European Challenge Tour – a testament to the quality of this wonderful golf course. 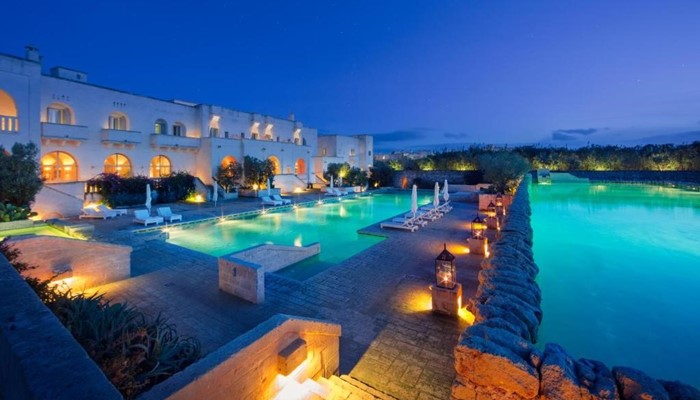