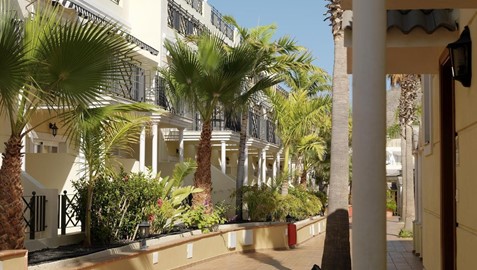 Gran Oasis Resort is a luxury aparthotel, set next to Las Américas Golf Course. Set in gardens, this complex has a large outdoor swimming pool and views of the Atlantic Ocean.

The hotel is set between Playa de Las Américas and Los Cristianos. The nearest beach is less than 1.2 miles away.

The Oasis resort offers a bus service to the area's tourist attractions. There is also a popular boat service from Playa de los Cristianos to the island of La Gomera.

The Gran Oasis has comfortable, bright apartments with one or 2 bedrooms. They all have a kitchenette, a fan and satellite TV.

The complex has a hot tub, and offers a massage service. It also has a bar and various restaurants.

There is a 24-hour reception in the hotel, offering currency exchange, car rental and babysitting. There is also a tour desk and on-site shops.

MORE ABOUT THE HOTEL
5 Nights, 3 Rounds

Overview
Located between the resorts of Playa De Las Americas and Los Cristianos, Gran Oasis Resort offers luxurious accommodation with a high quality service making it an ideal place for couples and families alike. The complex is set in an array of tropical gardens with fountains and terraces, and boasts superb views over the golf course towards Playa De Las Americas and the sea. The hotel also features an outdoor swimming pool, free Wi-Fi throughout and summer parties every night held around the pool area.

## Please note the Monkey Beach service is not available between 1st March 2017 and 30th April 2018. This is due to complete renovations and some re-modelling. The shuttle service will continue as normal to the Siam Park and the beach. ##

How far is the nearest beach?
This hotel is located 2km from Las Americas and Los Cristianos Beach.

Rooms
The hotel offers Suites with one or two bedrooms, some of which feature a Balinese bed or a private solarium. All rooms include a bathroom with hairdryer, fully-equipped kitchen, living room, TV, telephone and a balcony.

Food & Drink
The hotel has a buffet restaurant and a poolside bar.

Sports & Entertainment
There are two freshwater swimming pools (heated in winter), a separate children’s pool (heated in winter), two unsupervised playgrounds, two Jacuzzis inside the pool, a sun terrace with free sun loungers and parasols and a games room including pool tables at the hotel. Also available are table football, giant chess and a mini disco. This hotel offers free Wi-Fi throughout and summer parties are held around the pool area every night. Please note that some of the above facilities may carry local charges. 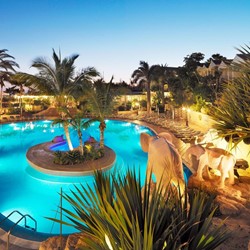 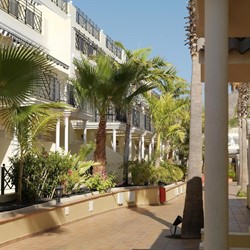 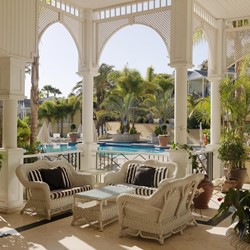 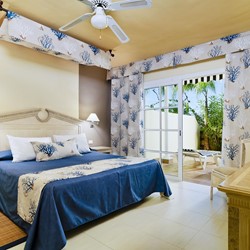 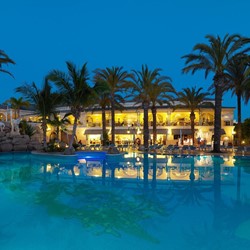 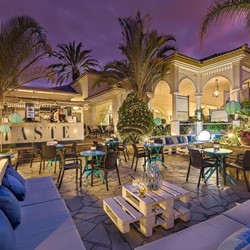 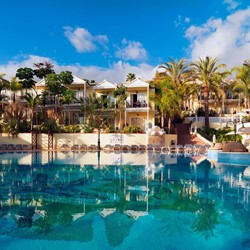