Take a break from the world in one of their 2 luxury holiday apartments in South Wales, hidden within 400 acres of peaceful parkland, and offering modern opulence for that extra special 'holiday' feeling.

Both apartments are designed for large groups of 6-8 - so the party doesn't have to stop when the 'last orders' bell has rung!

Cottrell Park offer two separate apartments, the 'Arabella' being on the ground floor and the 'Emilia' on the upper floor.  Each apartment houses two bedrooms with one double and two single beds in each room.  There is a fully equipped kitchen for self catering use and a living/dining area with TV.  There is one bathroom, with a shower and toilet. Outside of the apartment is a patio area with additional tables and chairs offering far reaching views. Free car parking is available.

The apartments are located directly within the grounds of the 36 hole golf courses and guests will have access to the golf resorts other facilities, such as the Clubhouse with bar, restaurant, snooker & pool room also the Pro-Shop who's staff will be happy to book in your golf game or set you up on one of our state of the art sports simulators. Other facilities include our outdoor children's play area, nature trail & fishing lake, all located around the perimeter of the grounds.

The Mackintosh course is named after the clan that populated Cottrell Park from the 19th century. The course is challenging but also playable, at close to 6,500 yards at its full length. Boasting original features from existing Roman leftovers, the course is parkland in style, and has been recognised by the Welsh Golf Union as a tournament host. The beautiful countryside of the Vale of Glamorgan provides the perfect backdrop for a superb course.

Cottrell Park's second course, the Button Gwinnett, is named after the man himself, who was one of the 56 individuals who assembled in Philadelphia 1776 to sign the American Declaration of Independence. Button himself lived at Cottrell Park in the 17th century, and this legacy adds to the character of the golf course in situ today. Although shorter than its sister course, the Button is certainly an enjoyable challenge. 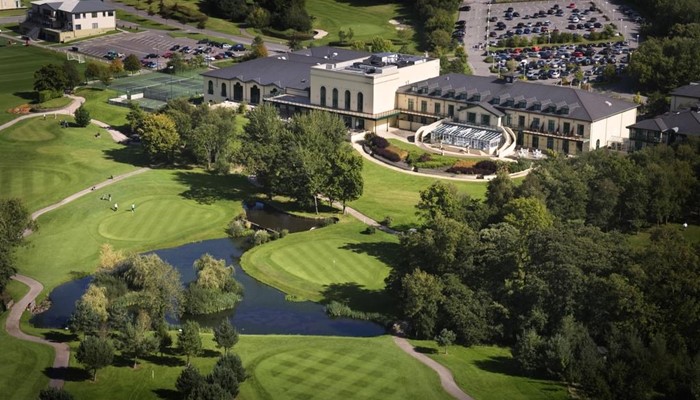