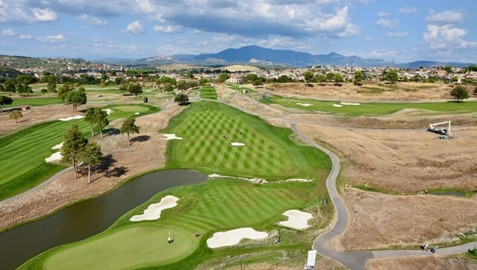 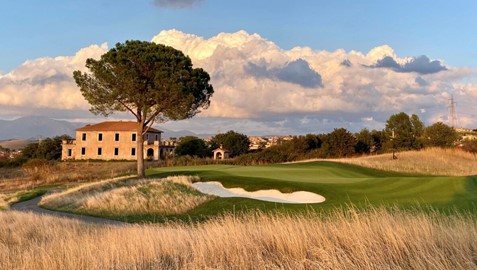 Just 10 miles outside of Rome, Italy’s first Ryder Cup venue lies in wait for the next European course hosting the iconic event. This will be the third course to host the biennial event outside the UK & Ireland and it has some tough predecessors to live up to in Real Club Valderrama and Le Golf National.

The course has been completely rebuilt to host one of the most watched events in all of golf. This is a huge infrastructural project that has seen new roads, lakes and irrigation being put in to create a wonderful arena for the tournament.

The course has already played host to The European Tour for The Italian Open and is well suited to provide a matchplay spectacle for The 2023 Ryder Cup.

Golf Travel Centre is pleased to offer a host of different hospitality upgrades as part of our Ryder Cup experiences. Whether you are seeking just to watch the matches unfold or enjoy stunning hospitality from the on-course action at Marco Simone Golf Club, we have a package well suited for yourRyder Cup adventure.

The hotel offers guests easy access to the city centre. The closest metro station Cornelia is just over 1 km from the hotel.

World-famous attractions such as Rome’s Vatican Museums and the Sistine Chapel – home to Michelangelo’s spectacular frescoes – are all within reach. The hotel is just steps away from Villa Pamphili city park and a few minutes from the old neighbourhood of Trastevere.

Enjoy free access to the Roman bath area with Jacuzzi, Turkish bath and sauna and opt for one of our treatments and massages at extra charge. Children under 16 years old are not allowed to the Spa including indoor pool and 24-hour gym.

Vatican Museums & St Peter's Cathedral
One of the most important sites for the history of human civilization. A rich collection of the greatest artists of all time: Raphael in the Stanze, Michelangelo in the Sistine Chapel, Giotto, Leonardo, and Caravaggio in the Pinacoteca, Van Gogh, Matisse and Moore in the area dedicated to modern religious art. You will encounter, through the Laocoön Group and the Apollo Belvedere, the greatest masterpieces of Classical Antiquity.

Trastevere
Trastevere is the 13th rione of Rome, on the west bank of the Tiber, south of Vatican City. Trastevere is one of the centres of Roman night life: rich in pubs, restaurants, osterie, wine bar and pizzerie. Enjoy a walk through the alleys of this district admiring churches and suggestive squares.

Trevi Fountain
The Trevi Fountain is a fantastic work of art that is much more than a mere sculpture. This triumphant example of Baroque art with its soft, natural lines and fantasy creatures embodies movement as the soul of the world. The fountain is a true wonder, a jewel of water and stone that is nestled between the palaces of the historic centre of the city.

Spanish Steps
Piazza di Spagna, at the bottom of the Spanish Steps, is one of the most famous squares in Rome. It owes its name to the Palazzo di Spagna, seat of the Embassy of Spain among the Holy See. In the middle of the square is the famous Fontana della Barcaccia, dating to the beginning of the baroque period, sculpted by Pietro Bernini and his son, the more famous Gian Lorenzo Bernini.

Castel Sant'Angelo
The Mausoleum of Hadrian, usually known as Castel Sant'Angelo, is a towering cylindrical building in Rome's city centre. From its terrace you can admire a beautiful view of St. Peter's Basilica and the Tiber.

Piazza Venezia
It takes its name from the Palazzo Venezia, built by the Venetian Cardinal, Pietro Barbo (later Pope Paul II) alongside the church of Saint Mark, the patron saint of Venice. One side of the Piazza is the site of Italy's Tomb of the Unknown Soldier in the Altare della Patria, part of the imposing Monument to Vittorio Emanuele II, first king of Italy. The piazza or square is at the foot of the Capitoline Hill and next to Trajan's Forum.

Jogging - Villa Doria Pamphili park
Located just 1Km from the hotel, Villa Doria Pamphili is one of the largest public park in Rome. Open from 7am until sunset, this amazing park is a very popular destionation amongst joggers and nature's lovers. Visit the run station inside the hotel to get a free jogging map with the best running itineraries inside the park. Grab an apple and a towel and run!

Beach - Ostia - Fregene
The closest beaches to Rome are Fregene and Ostia. You can reach them by public transport and enjoy a sunny day at the sea, having lunch in one of the many seafood restaurants and stay until sunset for the famous aperitivo.

Via del Corso
Via del Corso is a main street in the historical centre of Rome located bewteen Piazza del Popolo and Piazza Venezia. Very popular among tourists and Romans, you can find lots of small shops as well as boutiques for an authentic shopping experience.

The course makes the most of its Roman heritage and was designed by Jim Fazio and David Mezzacane. In 1994, The European Tour stopped by the course for the Italian Open which was won by the Argentinian, Eduardo Romero.

The tower of the castle of Marco Simone creates a visual centre-point of the course and, of course, gives the place its name. This tower dates back to the year 1000. In the 1970s, an entrepreneurial Italian couple decided to use this former Roman fortified farmland to create a wonderful country club as a tribute to the former glory of the land.

The idea behind the resort was to create something typically Italian. A course loaded with style, with character and with a luxurious level of detail that would create an unbeatable golfing experience. The softly undulating hills of the Italian countryside provide the course with wonderful terrain making this a sumptuous and almost luxurious golfing experience, native flora and fauna also add to the charm of the course.

This will make for a great European course and, unless something changes, this is one that the PGA TOUR stars of Team USA will struggle with. This is a great course for friends to go and test their skills before the world’s best get out there. Whilst this is a technically challenging course, the shorter length and many teeing options mean that golfers of all levels can have a great time playing it.

What travel packages are available for the 2023 Ryder Cup?

Our most popular Ryder Cup package is the £2595 per person 5 night stay deal at Crowne Plaza Rome St Peters, which includes Bed and Breakfast, 3 rounds at Marco Simone golf course, the opening and closing ceremonies, Thursday practice round entry and transfers to Ryder Cup event days.

The Ryder Cup is being held 10 miles outside of the Italian city of Rome, with this being Italy’s first Ryder Cup it’s sure to be a spectacle. There are a number of local hotels, with many more located in Rome itself, however we feel the Crowne Plaza Rome St Peters is the best mix of location and quality.

Every two years we see golfing fanatics come out in huge numbers to help their team to victory by creating that home advantage. There really is nothing in golf like the first tee on the first day of the Ryder Cup. Italy is going to be no different and imagine the extra passion from the locals who haven’t had this chance before. Surely the famous blue and yellow-clad European fans will have their usual spot above the first tee.

Whatever happens, European Ryder Cup events are incredible spectacles and this will undoubtedly be of great benefit to Italian golf. Watching the best players in the world battle it out over Marco Simone Golf and Country Club wearing their team colours will inspire many to pick up the clubs and try golf.

There is no denying that the Ryder Cup is one of the most important events on the golfing calendar and this will be another wonderful venue. You must get yourself out to Italy and try this course before the Ryder Cup.

The course is slightly over 30 minutes from Rome airport.  Bear in mind that, as Italy’s capital, Rome has good rail links too so you can easily take in a few Italian cities on your way to or from the Ryder Cup too. You will want to plan for extra time so you can take in some culture around the Ryder Cup week.

Both Naples and Florence are within 3 hours of both Rome and Marco Simone Country Club so you can really see some of the finest sites in the nation during your Ryder Cup odyssey. Being one of the world capitals of history and culture, there is a lot to explore in Rome. This is a city that you will want to drink in fully, literally because Italian wine is tremendous, around the time of the Ryder Cup. Visit ancient Roman ruins like the Colosseum or make it a gastronomic adventure taking in the famous Italian cuisine. 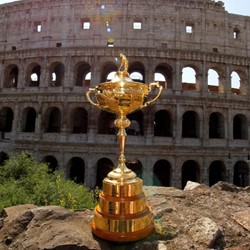 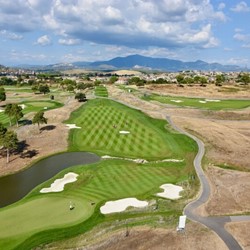 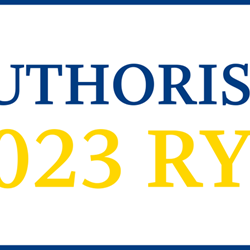