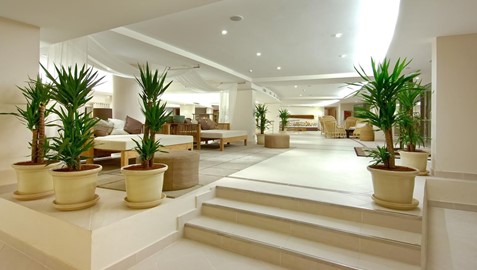 Wake up to the sight and sound of the waves gently crashing on the shore from Vincci Tenerife Golf’s desirable seafront location, in the beautiful and lively resort of Golf del Sur.

Guests in need of some pampering will take pleasure in the luxurious outdoor pool and the spa where you will experience the benefits of wellbeing in the sauna or with massage treatments, leaving your stress behind. This hotel is also perfect for families and keen golf enthusiasts with a children’s club and pool and only a stones throw away from the golf course, all from the comfortable base of a spacious family room.

Overview
This stylish pick enjoys a superb location, overlooking one of South Tenerife's most picture-perfect bays. Equally suited to couples and families, the Vincci is ideal for those seeking a chilled-out break - and with a wide range of shops and restaurants nearby, it's great for a spot of exploration too.

How far is the nearest beach?
The hotel is next to a volcanic sand beach.

Rooms
The hotel’s Double Rooms offer premium furnishings and fresh pops of colour, perfect for relaxing in stylish surroundings. Each with an en-suite bathroom and a furnished balcony, the rooms offer a wide range of amenities, including air conditioning, satellite TV and a free-to-use safe. Further features include a minibar, telephone and hairdryer, with Wi-Fi offered for a local charge.

If you’re in the mood for an extra touch of luxury, a range of room upgrades are additionally available – from Superior Double Rooms with dedicated lounge areas, to Junior Suites with spectacular sea views.

Food & Drink
The spacious restaurant is a buffet-style venue, showcasing a range of local and international dishes. There’s also a beverage bar in the lobby area, perfect for enjoying an after-dinner cocktail.

Sports & Entertainment
The striking swimming pool enjoys a prime position by the seafront, and is surrounded by plenty of cosy loungers. The relaxation continues at the Nammu Áreas Spa, which features a sauna, steam room and luxury treatment menu – or, to pick up the pace, there’s an on-site gym and sports court 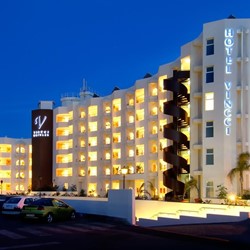 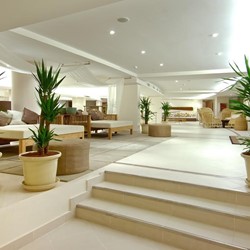 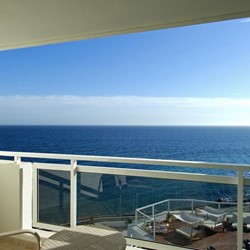 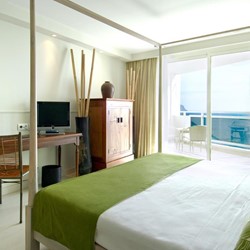 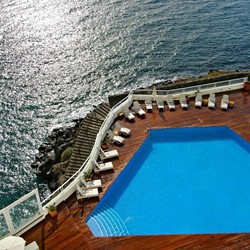 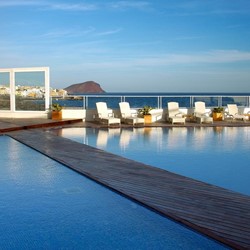