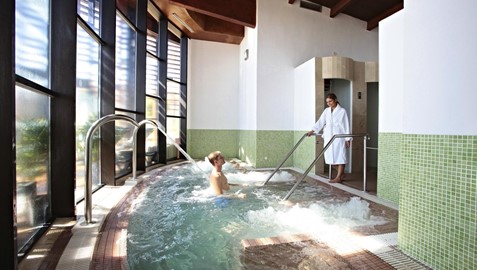 This property is 3 minutes walk from the beach. The hotel has 8 swimming pools, free WiFi, and a fitness centre.

Rooms at the all-inclusive San Blas are spacious and feature contemporary design. Each room has a balcony and hydromassage bath.

Facilities include a terrace and a mini-spa with Turkish baths for an extra charge. The hotel offers evening entertainment and has a night club.

Guests can dine at the Cueva Atxona or La Proa buffet restaurants. The hotel has 4 bars, including a pool bar.

Sandos San Blas Nature Resort & Golf - All Inclusive has attractive gardens and guests can enjoy easy access to a 800,000 m² nature reserve. There are also tennis and volleyball courts. A free shuttle service to Playa de las Americas runs twice a day from the hotel.

Overview
The exclusive Sandos San Blas Nature Resort & Golf can be found in the Golf del Sur resort of Tenerife. Spend your days practicing your swing from your pick of two golf courses, just a short distance from the hotel. Golf del Sur is not just about golf though, this resort also offers stunning landscapes, direct access to a sandy beach and plenty of shops and restaurants to discover. This family-friendly resort is a great choice of place to stay that is sure to please guests of all ages.

How far is the nearest beach?
This hotel is located on the beach.

Food & Drink
Guests can dine at the Cueva Atxona or La Proa buffet restaurants. The hotel also has four bars, including a pool bar. The El Tagorar Lobby Bar serves a selection of hot and cold drinks, as well as cakes and pastries and Bar El Taro offers tapas and snacks. Head to Plaza Bar for natural juices and a menu of fresh salads and pizzas.

Sports & Entertainment
The resort offers eight swimming pools surrounded by sun terraces and sun beds. Further facilities include a boating lake for water sports, a kids club and a children’s playground. The spa features beauty treatments, body treatments, facials, Jacuzzi, massages, sauna, spa circuits and a gym. The Golf del Sur and the 18-hole Amarilla golf courses can be found adjacent to the hotel, and guests will benefit from direct access to the beach. Activities available include aqua gym, basketball, beach volleyball, ping pong, pool games, sports circuits and water polo. For evening entertainment such as concerts, shows and a mini disco for children, head to the Bar Magma Hall. 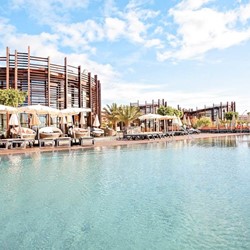 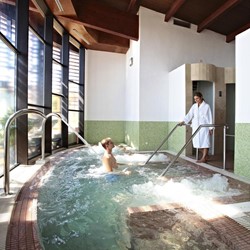 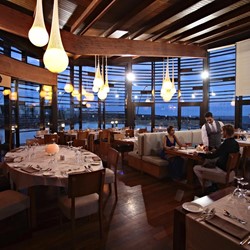 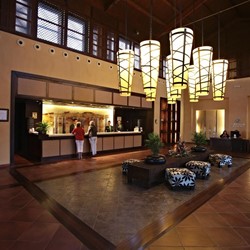 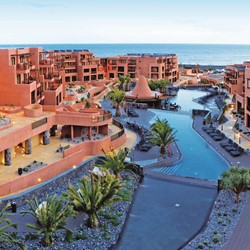 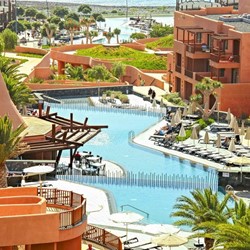